What if diets in western countries were about to change? Let’s imagine the outcomes for global agriculture and local ecological conditions 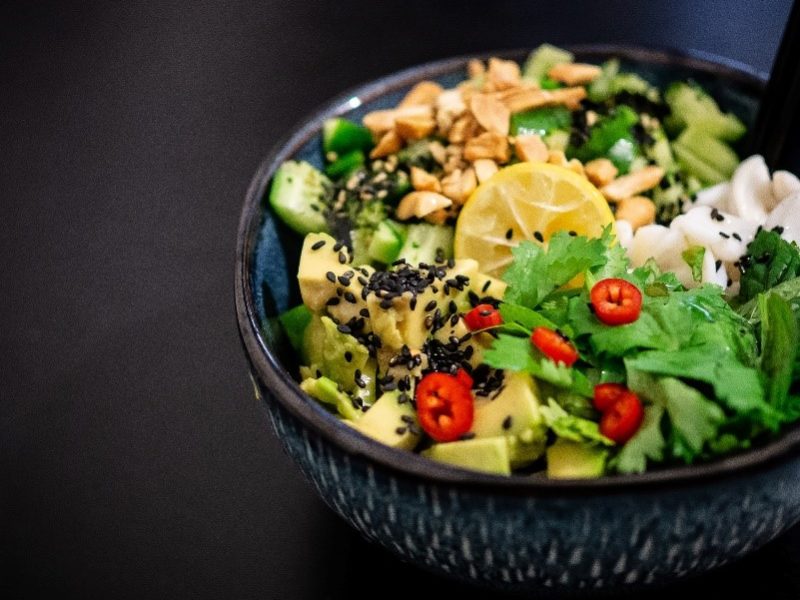 Livestock products constitute 29% of the energy content of Western diets. Because animals swallow large amounts of feed to produce the calories that are finally ingested by humans, land use for feeding Western citizens is considerable. The CO2 emissions cumulated along the food production process translate into environmental burdens that our planet cannot afford anymore.

Over the last decade, in search of effective solutions, contemporary Western diets were compared with simulated alternatives, and the environmental loads associated with single food items were dissected. Altogether assessments demonstrate that cutting meat intakes shows potential to reduce the global load of food production, while lowering people’s exposure to health issues.

In 2019, the EAT-Lancet Commission suggested the Universal Healthy Reference Diet (EAT), as a practical framework to be adapted to local context all over the world. For Western countries, this means lowering livestock’s contribution to the daily energy intake to no more than 12%, and compensate with higher intakes of cereals, vegetables, legumes, and nuts.

Besides theoretical consideration, a quick screen of vegetarian options offered in restaurants, online recipes, and covers of plant-based cookbooks, reveals which alternatives are genuinely seducing Western populations. In plant-based meals, made of avocados mating with hummus, and roasted cashews, we observed the ubiquity of exotic food items, some hitherto mainly prevalent in the traditional cuisine of producing countries. If production of the spotlighted items relies on specific ecological conditions, mainstreaming their consumption into Western diets may drive the expansion of their culture locally, and have a number of consequences.

Investigations about alternative Western diets were missing a piece, able to bring nuance to the aggregated benefits of generalised dietary shifts, accounting for actual food preferences, and how they’re linked to trade relationships. Our study, published open access in Global Environmental Change (edition May 2020), sheds light on these aspects.

What is our approach?

Our demonstration focuses on the comparison of six diets of 2500 kcal in the United States of America (USA), country with a high potential for dietary shifts. Four of these diets were estimated based on declaration from North American residents in the 2000’s, and completed with one average diet reflecting the food mix available per capita in the country, and another diet simulated to reflect the recommendations from the EAT-Lancet Commission.

We used recipes and nutritional data to translate the quantities ingested into demand for primary agricultural items (e.g. wheat, cocoa beans). Bilateral trade relationship reported by FAO for the year 2013, in combination with production and yields records, made it possible to link the quantities consumed in the USA to areas cultivated worldwide. As results, we observed the spatial distribution of the land use associated to each diet, beyond the aggregated land footprint per capita. We used this allocation to expose how American diets link to three local ecological processes at play in agricultural production: nitrogen fixation, animal pollination, and water use. Finally, we closed up about the ecological trade-offs that may arise from generalized dietary shift in the USA, in the consuming country and abroad.

We show that the land use per capita is drastically lower for alternative diets, especially inside the national territory since most food consumed by American citizens is issued from the USA. This reduces water use per capita, and the extent of crops that need to be visited by pollinators. Nonetheless, the dependence to pollinators remains high, with higher yield loss foreseen in case of pollinator shortage, translating into higher risk of land use expansion. Additional surface under permanent crops may lower American farmers’ capacity to react to moving context, but partly convey greater supply of natural nitrogen fixation.

Fig. 2. Difference in the demand for cropland for food per capita per year at the national level, between no-meat diets and meat-rich diets (baseline) in the United States of America. See differences in the cropland for feed and grassland here

Benefits abroad are nevertheless partially negated by increasing pressures in specific locations. Preferences for nuts and fruits translate into higher demand for land use for exports in a number of countries in Asia, Africa, and the Mediterranean Basin. Côte d’Ivoire and India are overseas hotspots of land use demand, while Mexico, India, and Vietnam, Thailand, Spain, and Chile confront more severe impacts on freshwater ecosystems, partly due to proven water scarcity at the national level. Although the yields of critical imported crops in alternative diets are relatively less sensitive to pollinator abundance, they cover a larger surface, that therefore needs to be visited by pollinators.

Fig. 3. Trade-offs associated with different diets in the United States of America. More details in the publication

How can this be used to improve the food system?