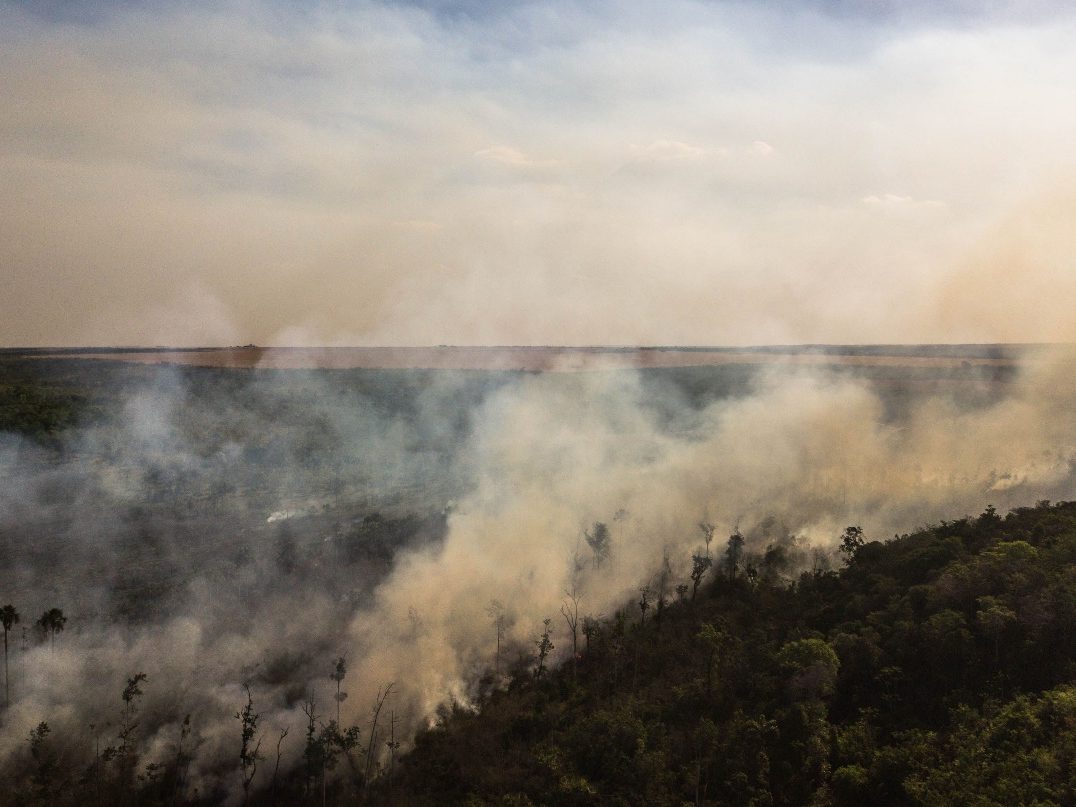 By Simon Bager and Tiago Reis, PhD-candidates at UCLouvain, Belgium and ESR fellows at COUPLED

In a new paper published in One Earth, we argue that trade agreements could help to protect human rights, critical ecosystems, and the climate—but only if sustainability becomes a cornerstone of international trade. This blog post provides a succinct summary of the findings of the paper.

The study is the combined effort of an international and multidisciplinary group of researchers, led by Dr Laura Kehoe at the University of Oxford and the Nature Conservancy. In it, we conclude that the upcoming trade agreement between the European Union and Argentina, Brazil, Paraguay and Uruguay (the Mercosur bloc) fails the sustainability test and is at risk of being in direct contradiction to the goals of the European Green Deal. While the current agreement includes ambitious goals and principles on trade, the deforestation is in the detail. The EU-Mercosur trade agreement fails to meet our three tenets of sustainable trade agreements: (1) inclusion of local communities, (2) transparency mechanisms to trace commodities and provide open-access information, and (3) enforcement to legally uphold sustainability commitments.

Trade can improve efficiency and reduce costs, but it can also have negative social and environmental outcomes. Conversion of natural habitats, biodiversity loss, conflicts over land, displacement, and human-rights abuses can all be fueled by trade deals that overlook vulnerable local communities and the environment. Between one-quarter and two-thirds of all anthropogenic material, energy, and land use, as well as deforestation and greenhouse gas emissions, are embodied in global trade flows (Weidmann & Lenzen, 2018). However, despite the obvious relevance of international trade for sustainability outcomes, there is no broadly applicable international standard for ensuring that trade meets sustainability criteria.

After two decades of negotiations, in 2019 a historic agreement was provisionally reached between the European Union and the Mercosur bloc (Brazil, Argentina, Paraguay, and Uruguay). It sets out the terms of trade relations between the European Union and the Mercosur bloc and has received widespread attention due to associated environmental risks, especially from beef and soy exports to Europe. The deal comes at a time when deforestation and violent attacks on local and traditional communities are at the highest level in a decade, having accelerated since Bolsonaro took office. A sobering 516 major fires have already been detected this summer in Brazil’s Amazon, while unprecedented fires are sweeping through Argentina’s and Brazil’s wetlands. Forest fires and deforestation releases vast amounts of carbon dioxide, which accelerates the risk of global climate breakdown, while also causing species extinctions and increasing the likelihood of future pandemics. As the Amazon burns, it nears a tipping point, that if reached could trigger a rapid shift from lush rainforest to a dry savannah – drastically reducing the rainfall on which South America’s agriculture depends.

We show that the agreement lacks clear mechanisms to (a) include and protect local communities, (b) trace the origin of commodities, and (c) enforce sustainability standards and commitments already assumed by countries in international treaties, such as the Paris Agreement. Therefore, the proposed EU-Mercosur agreement puts the European Union’s own social and environmental sustainability goals at risk. For example, the proposed EU-Mercosur agreement as it currently stands is in direct contradiction to several goals in the European Green Deal. For example, the “From Farm to Fork” programme, one of the cornerstones of the Green Deal, has as one of its primary goals to “protect the environment and preserve biodiversity”. In direct contrast to this goal, Brazil deforested about 10,000 km2 in 2019 in the Amazon alone, well above its own target set under the National Climate Change Law that aims at deforesting less than 3,900 km2 in the Amazon in 2020. Brazil is clearly going to miss that target, with the main reason being increased soy and beef production for domestic consumption and exports primarily to China and the European Union. As the EU-Mercosur trade agreement includes higher beef quotas with reduced tariffs and no limit on soy imports, additional deforestation must be expected to meet increased demand from the EU – already pressured by strengthened demand from China.

In the article, we outline a pathway towards sustainability, but it requires swift action from European policy makers. Along with tracing the location of where crops and livestock products originate, a participatory process needs to be introduced that includes Indigenous Peoples, local communities, policy makers and scientists. Other mechanisms include collective redress (where vulnerable communities can seek legal action), due diligence (where companies are legally responsible for their supply chains), and the suspension of commodities linked to deforestation or human rights abuses.

We also highlight how the economic power of trade could be utilized as an incentive for countries to meet their Paris Agreement commitments: “Importantly, bans on trade in specific goods and services should be introduced until commodities comply with basic legal and sustainability criteria in line with international agreements. This is a particularly powerful policy option given the lack of legal mechanisms to enforce international agreements such as the Paris Agreement” says Laura Kehoe.

At a time when deforestation, climate change, and indigenous rights violations are escalating, urgent action from the European Union is crucial. “Our window of opportunity for avoiding the disastrous outcomes of climate change is closing. As many movements around the globe like the school strikes and climate protests show, individuals from everywhere, myself included, will no longer accept production practices that cause climate change”, says Tiago Reis, co-author of the study and a Brazilian PhD candidate at the Université Catholique de Louvain in Belgium, who studies how international trade affects land use in producing countries.
“International trade is the backbone of the world economy. Rather than contributing to the problems facing the world, trade agreements should be used to foster a sustainable world. In our research we highlight three principles not adequately accounted for in the EU-Mercosur trade agreement” says Simon Bager, co-author of the study and PhD candidate at the Université Catholique de Louvain in Belgium, where he studies links between international value chains and sustainable land use. “The European Union is indirectly responsible for deforestation through the import of certain commodities, especially soy, palm oil and cocoa. By demanding inclusion, transparency and enforcement of regulations in sustainable trade agreements, trade can become a lever for reducing deforestation and improving production practices in the Mercosur-countries. Fostering sustainable trade also helps the European Union achieve its international agreements, such as the Paris Agreement and the UN Sustainable Development Goals”.

The sad irony is that there was never any need for more deforestation in Brazil: research has shown that future agricultural demand could be met by improving existing farm practices and restoring degraded land, without any need for converting additional natural habitats. Ultimately, achieving sustainable trade will depend on a transformation of the objectives of trade agreements, where global actors recognize that working together to protect human rights and the living world is fundamental to long-term prosperity.