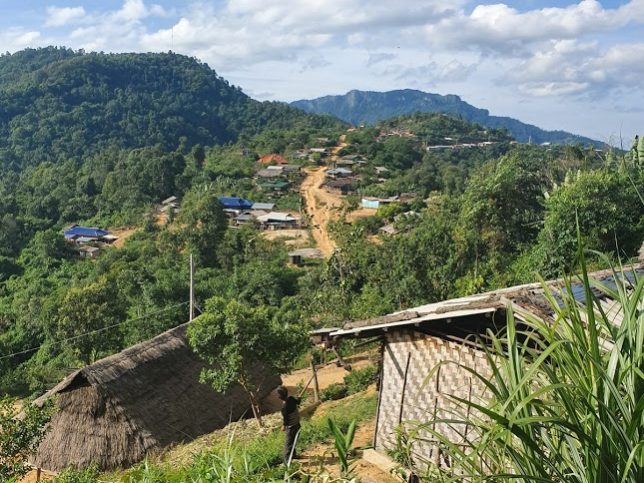 In June 2020, ESRs Siyu Qin and Joel Persson participated in a webinar on telecoupling perspectives on nature conservation. The participants then summarised their thoughts in this blogpost.

Worldwide, the loss of biodiversity is occurring at alarming rates, and to a large extent this is driven by deforestation, agricultural expansion, and wildlife hunting (Maxwell et al. 2016). Balancing human resource needs and biodiversity conservation is therefore a central sustainability challenge. Yet, doing so is made increasingly complex by the telecouplings – the distant interactions – that tie social-ecological systems (SES) together through flows of matter, species, capital, people and ideas (Liu et al. 2013). In this blogpost, we emphasise the importance of studying telecouplings in nature conservation contexts and reflect on the challenges of doing so, as well as the areas in urgent need of more attention. The blog is a joint output based on a webinar organised by the GLP Working Group for Telecoupling research in June 2020, featuring the three first authors.

Telecoupling processes can seem rather counterintuitive in conservation: is nature conservation not primarily about setting areas apart from global influences? A closer examination shows, however, that especially in contexts of the Global South funding, management, tourism, and species exchanges prominently connect protected areas to the rest of the world (Liu et al. 2015; Kuemmerle et al. 2019). While some see distant ties as an opportunity to harness consumers’ pressure and enhance conservation (Carrasco et al. 2017), we argue that the making of conservation contexts and its social and ecological outcomes should be examined more critically through a telecoupling lens.

Researchers and practitioners can start doing so by looking at the distant flows that make up conservation contexts in the first place, as well as their spatiotemporal features. This includes, for example, “biodiversity aid” flows from the Global North aiming at establishing and managing protected areas in the Global South, flows of international and domestic tourists on which conservation areas rely for their economic sustainability, and flows of ideas on what nature is and how it ought to be managed. In some cases, such flows can become harmful for biodiversity, as in the case of mass tourism in Galapagos (Villacis & Carrillo 2013), and in other cases they might compete with other distant flows that negatively impact biodiversity and natural resources. One example are flows of resource extraction, such as for timber, animal products or minerals, which can quickly dominate land use decision-making when conservation funding is cut (Boillat et al. 2018). This is exactly what might happen in the current situation of a global pandemic, which may strongly impact conservation revenues from tourism (Vyawahare 2020).

Following the financial flows linked to protected areas was the methodological approach used by Siyu Qin in her study of the spatial and thematic interest of different donors in the South American arc of deforestation. Zooming in on the subnational level, Siyu explores whether the bilateral donors’ conservation investments are influenced by not only the type of threats to conservation objectives in the targeted landscapes, but also by the donor’s specific social, economic, and biophysical connections to their areas of interest. This makes it possible to disentangle conservation funding flows and the emphasis on certain aspects of biodiversity by different donors, such as the United Arab Emirates who target single-species conservation. Siyu’s data also shows that a portion of North American funding flows target winter habitats of west hemisphere migratory birds. Species flows that link distal SESs can thus also drive funding flows. By looking at financial flows in combination with donors’ preferences it becomes possible to open the black-box of what actions get funded where.

Starting from a protected area in Laos, Joel Persson critically examines the idea of protected areas as place-based, stand-alone entities. Using a telecoupling perspective, he argues that protected areas are in fact created and maintained through connections to distant actors and multidirectional flows of information, funding, discourses and models of policy and practice. To examine what enables conservation telecoupling in a particular place, Joel draws on theories of governmentality (Foucault et al., 1991; Rose et al., 2006) to position protected area conservation as a set of multi-level tactics of government. In particular, the various calculations, narratives, and rationalities that render a particular place and people governable from a distance are co-created by distant actors. Such a global conservation system enables local protected area conservation in three key ways. First, it provides a language for framing conservation, including discourses that establish a normative and technical salience of local interventions. Second, it creates the resources for establishing an institutional apparatus linking actors across local-global scales. Third, it condones a set of calculative techniques that help to render the protected area operable by government programming. Paying attention to transnational conservation discourses thus allows us to understand how and why particular actors engage with protected area governance locally.

These examples show how using a telecoupled lens for studying conservation leads to a new focus away from investigating mainly the local ecological and social impacts of protected areas and other conservation measures. Instead, they drive attention on the networks of distant actors and their resources that enable conservation and ultimately its impacts on the ground. Another novelty is the consideration of feedback between distant systems: e.g. how narratives from local contexts are framed and employed in other arenas, such as donor funding platforms. Furthermore, the examples also illustrate how further research is needed to reveal the hidden assumptions behind international conservation funding, as well as the ways in which conservation measures are actually integrated into daily conservation practices.

The interactions between conservation and extraction telecouplings inevitably bring forward questions of who benefits from the various flows and who bears their burden. Recent research has shown the crucial importance of social equity in achieving conservation (Oldekop et al. 2016; Martin 2017). Flows of matter, people, species and ideas are not neutral in terms of their inclusionary and exclusionary mechanisms. For instance, in low-income countries, poor rural populations often bear high burdens of both conservation and extraction, with few long-term benefits. These unequal outcomes are the result of different, often overlapping mechanisms of exclusion, and might be accelerated if the Global Deal for Nature (Dinerstein et al. 2019), proposing to put aside 30% of the earth’s surface for biodiversity conservation and a further 20% for climate stabilization becomes operational (Schleicher et al. 2019). Therefore, there is an urgent need to better understand these mechanisms in order to foster more just and impactful conservation in telecoupled contexts.

Link to the original blogpost: https://glp.earth/news-events/blog/linking-local-global-nature-conservation-telecoupling-perspective